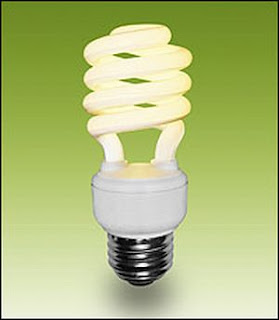 Maybe it's the approach of Earth Day (I remember the first time it was observed in 1970), or maybe it's the fact that I paid $3.65 per gallon for gasoline yesterday.  Whatever it is, I've been thinking about climate change recently.

Let me state up front that I believe that climate change is a problem and that it is at least partly human-caused.  I have friends who are equally convinced that the whole thing is a hoax, ginned up by overzealous environmentalists and crackpot scientists.  So let's grant that we can't be absolutely sure, one way or the other, whether the changes we can observe in the climate have a human cause.  (We can see that there is less ice at the poles, for instance--what we can't agree on is the cause, and therefore we can't agree on the response.)

Given that I won't convince my friends that climate change is real and they won't convince me that it's not, it seems pointless to continue that discussion.  So let's have a different conversation.  Let's examine the consequences of adopting one or the other point of view.

One view holds that while the climate might be changing--there is less ice at the poles--it has nothing to do with human action.  If you follow that logic, it means that people don't have to change their behavior:  they don't have to try to use less electricity or gasoline; they can (therefore) stop buying those funny-looking light bulbs, they can drive cars that use lots of gas, and so on.  The benefit of this viewpoint is that we can keep on as we are without worrying about the climate.

The other view holds that people must change their actions--buy the corkscrew-shaped bulbs, figure out how to reduce their "carbon footprint," use less power and less fuel generally--so that we reduce the amount of fossil fuel we burn.  That way, we reduce the amount of stuff we're releasing into the atmosphere that's contributing to the changes in our climate.  There seem to be a lot of costs associated with that one.  We have to make sacrifices, we have to invent new technologies, and possibly worst of all, we have to use those silly light bulbs.

OK, so far so good.  (Although, to be honest, I'm guessing that you're already steamed, no matter which side of this question you're on.)  Now, what happens if we behave as if climate change is real, but it turns out we were wrong?  We use a lot of funky light bulbs.  We build cars that burn less gasoline or that run on something other than gasoline.  We use less electricity and maybe have some to use for other purposes.  We burn less coal, which means we have to put fewer miners at risk of their lives.  We use less oil, which therefore makes our economy and daily life less vulnerable to bad stuff happening in places where they have oil (think Iraq or Libya).  With both coal and oil, we wouldn't have to wreck the landscape as much to get at it or employ expensive technologies to access it (both are increasingly difficult to get at in traditional ways).  We might have fewer opportunities to foul beaches with oil spills.  In short, I see a lot of benefits there that have nothing to do with the climate:  cleaner air and water, less dependence on a resource that is finite, and less dependence on a resource that is subject to volatile politics and economics, to name a few.  It seems to me there's very little risk in behaving as though climate change is real.  Yes, there are some inconveniences (in case you can't tell, I'm not a fan of those ugly light bulbs).  There are costs--retooling to use less fossil fuel means spending money.  I suspect, however, that the costs are more than offset by the innovations.  You need to build new cars, a new fleet of aircraft, etc., etc.  Inventing, designing, and building all that stuff could actually be a spur to the economy, not a drain on it.

And if we go on as we are, assuming that the whole climate change thing is just so much hokum?  Well, we keep releasing stuff into the air air that isn't so good to breathe, we end up with stuff in the water that isn't good to drink, we are dependent on the political whims of some really scary people, and we are relying almost exclusively on something that is bound to run out sooner rather than later.  So there are costs that have nothing to do with climate.  And if that view is wrong, we have all those costs, and we wreak the havoc that climate change will cause.

Unless somebody can convince me that there are really, really good reasons to keep going as we are and risk messing up the climate, it seems to me to be the far wiser choice to assume that climate change is real.  There are benefits to doing so, while the costs of being wrong are small.  On the other side, there are few benefits to keeping on keeping on, and the costs of being wrong are monumental.

In other words, I'm applying the reasoning of Pascal's Wager to climate change.  Pascal basically posited that since it was not possible to prove the existence or non-existence of God through reason, the reasonable choice was to assume that God exists--because you'd be in a real mess if you acted otherwise and it turned out you were wrong.  (By the way, Pascal wasn't making a theological argument, he was really looking at the limitations of reason.)

Don't get me wrong.  I'm not going to shout "climate change" every time the weather is weird on a particular day.  I know that such things really are possible within the normal variation of weather.  But I am going to continue to worry that we're messing things up irreversibly, that we'd better change our tune, and what's more, I'm willing to be wrong about it, because I think we'll still end up ahead of the game.

Now, I've probably overlooked something, and I'm sure you'll let me know what it is.  For the meanwhile, I am going to continue to drive my relatively fuel-efficient cars, buy appliances that use the least energy possible, and yes, even put up with those stupid-looking light bulbs that take forever to come to full brightness.  I just think the risks of not doing so, should climate change turn out to be real, are too great.
Posted by David Schildkret at 4:28 AM