Leftovers never had it so good 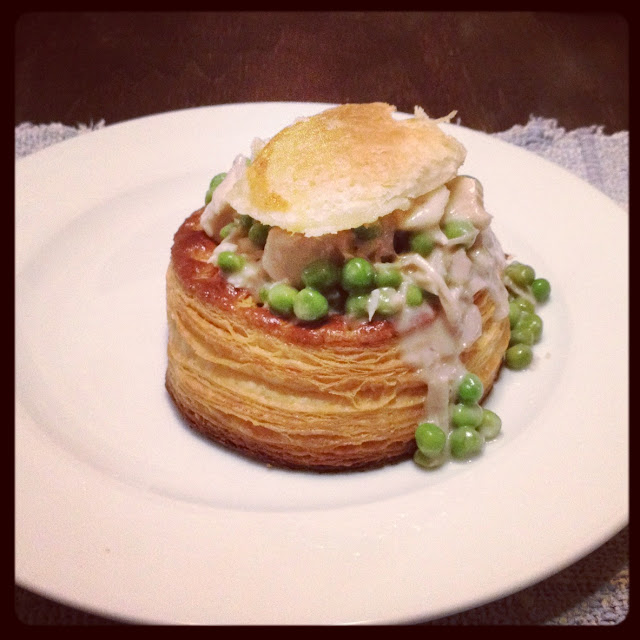 Leftovers made from Christmas turkey should, on the whole, be simple and straightforward.  And mine were--until I started fussing.  After all, Turkey ala King is nothing more than chunks of turkey in a cream sauce with maybe some peas and mushrooms in it.  You can rustle that up in about half an hour--at most.  Pour it over rice or buttered egg noodles, and you've got a really delightful supper.

So far, so good.  The crazy part is that I thought it would be fun to serve the Turkey ala King not over rice or noodles, but in puff paste shells--vol-au-vents--made from homemade pastry, not the store-bought kind.

So on Thursday, I assembled the dough using Julia Child's modern method in her book The Way to Cook.  That book, by the way, is brilliant and gorgeous.  If you're familiar with puff paste, you know that the traditional method of making it is to make a dough, make a large pat of butter, place it on the dough, and then begin rolling it out and folding it to form layers.  It's a tricky process:  if the big mass of butter is too cold, you can't roll it.  If it's too soft, it turns to mush.  There's a lot of stopping and sticking the thing back in the fridge to firm up, and the whole procedure takes several hours.

Julia Child's updated method has you combine all of the butter with the flour.  The proportions, by the way, are shocking:  you start with six-and-a-half sticks of butter (you read that right) and combine them with four cups of flour.

Once you get a rough dough, you start patting and rolling it.  You make a long rectangle and fold it like a business letter.  As you keep doing that--four times on the first go--it gets more and more like dough.  You chill it for 45 minutes and fold it twice more, and voila!  puff paste ready to bake with.  Wonderful.

I made the dough most of the way on Thursday and made the final two turns yesterday (Friday) evening.  I shaped the dough into vol-au-vents by tracing a cereal bowl on the dough to cut eight discs.  I then traced a mug on the inside of four of them, cut out the center, and put the resulting donut-shaped ring on top of the full discs.  A little magic with some egg wash and a knife and some poking with a fork and a skewer, and they were ready for the oven.  They looked like this: 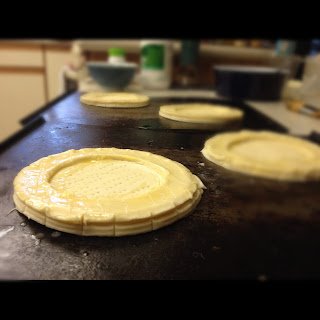 I set the cookie sheets on a pizza stone in a hot oven for 25 minutes.  Then I scooped out the centers, saving the tops, and slipped them back in the oven for 5 minutes more.  Here was the result: 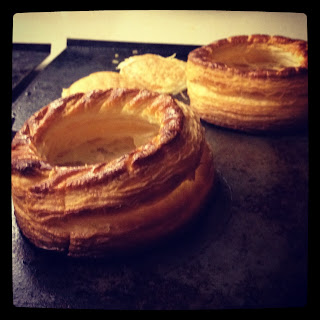 Not too bad, eh?  And it's huge fun to think of that plain-looking dough turning into those spectacular structures.  I then ladled some of the Turkey ala King into them, and they were ready to serve.  The finished product is at the top of this entry.  They tasted fabulous.

So once in a while it makes sense to fuss--even over something simple.  Now and then, it's worth the trouble.

Happy New Year and much joy in 2012.  I hope your year turns out like a good batch of puff pastry:  unassuming at first, only to blossom into something glorious.
Posted by David Schildkret at 11:00 AM 0 comments

One percent for charity 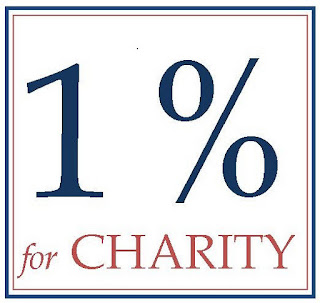 I had an idea today.  I hope it will catch on.

It was inspired by watching this video.  If, like me, you're impressed by the figures the video cites and you want to help, here's a place to do it.

The average American spends something like $650 on holiday gifts (Christmas, Hanukkah, Kwanzaa, and others).  Altogether, Christmas and related spending amounts to something like $500 billion a year.  Yup, half-a-trillion dollars--more than we spent (with such horror) to bail out the banks in 2008.  (Not that I'm supporting the bank bailout, mind you, I'm just making a comparison here.)


If we gave just one penny to charity for every dollar we spend on gifts, we'd be giving FIVE BILLION DOLLARS at Christmastime alone.  Five billion.  That's bound to have an impact.

So think about it.  And if you like the idea, pass it on.
Posted by David Schildkret at 10:22 PM 4 comments

A Use for that Turkey Stock 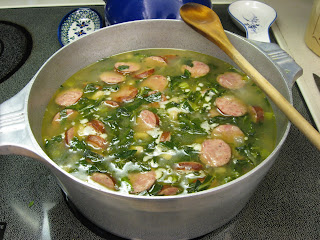 By now, you've probably eaten all the leftover turkey, and all that's left are the gallons of stock you made from the carcass.  What do you do with it?  You make soup, of course (and you save some in the freezer for sauces and to make the next batch of stock for, say, the Christmas turkey).

Here's a very quick, hearty soup.  The secret is using canned cannellini beans rather than dried ones.  That saves soaking them overnight and the long cooking the next day.  We're having this for dinner tonight.  This is the second batch I've made since Thanksgiving--it's that good.  Sue says it tastes like what you might get if a Polish person married an Italian and they made soup together.  I think it just tastes good.

1.  Remove the central ribs from the Swiss chard leaves.  If you would like to add the stems to the soup, chop them as you would celery.  Cut the leaves into quarter-inch ribbons (chiffonade).

2.  Put enough olive oil into a Dutch oven or other large pot to film the bottom.  Warm it over medium heat.  Add the chopped onions and sweat them briefly.  If you are using the chopped chard stems, add them after the onions have cooked a bit.  Add the garlic, which should cook briefly but not brown.

3.  Turn up the heat a little, and add the sausage.  Brown it lightly.

3.  Turn the heat back to medium.  Add the cut-up Swiss chard leaves and let them cook until they are wilted a bit.  (They will reduce considerably in volume.  When you first add them, they will nearly fill the pot.  As they cook down, they will fill perhaps one-fourth of the pot.)

4.  Add the vermouth and turn the heat up to medium high.  If there are any brown bits on the bottom of the pot from browning the meat, scrape it up using a wooden spoon.  It will give the soup more flavor and a nice color.

6.  Add the drained beans, and cook until the beans are hot.  Stir in the parmesan cheese.  Taste and correct for salt and pepper.  (Do this at the end so that you don’t oversalt it--you probably already salted the stock; the sausage is salty, and so is the cheese.  It may not need any salt at all!)

Serve with crusty bread and pass some grated parmesan for people to add if they like.

This will warm the coldest night--or just a chilly one.  (We only think it gets cold in Phoenix...)  And what's better than a little warmth?
Posted by David Schildkret at 5:41 PM 0 comments