You only THINK you're popular

Traffic on the blog has been reasonably steady even though I've been delinquent in posting.  And I'm getting hits from all over the world.  Great, right?  I'm famous, right?  And popular?!  (Finally!  I was such a nerd in high school...)

Not so fast.  It turns out that the biggest number of hits is coming from the fact that I used a photo of a rubber ducky to illustrate one blog post and a famous Pogo cartoon to illustrate another.  People looking for images of ducks and that particular Pogo cartoon are landing on the blog...but I don't think they're staying long.

But heck, it's better than nothing.  And who wanted to be famous or popular, anyway?  (I did!)

(Oh, and in case you missed it, I posted a good chili recipe the other day.)
Posted by David Schildkret at 12:33 PM 0 comments 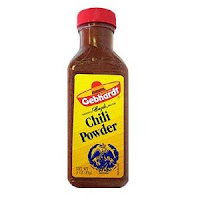 It's actually getting cool here in Arizona, so it's time for chili.  Now offering a recipe for chili is a very risky business.  If you have a recipe you adore, don't let me stop you!  If you think beans in chili are an abomination, that's OK by me!  But if you need a good basic recipe, this is for you.  You don't need to buy overpriced "chili kits" in the grocery store.  Just a few basic spices--and some chili powder (purists are cringing)--will produce really fine results.  I like Gebhardt Chili Powder, by the way, but the choice of chili powder can also be fightin' words.

Chili is really simple to make, and it can actually be fast.  My recipe suggests that you cook it for two hours (six if you use a crock pot), but if you only have half an hour or 45 minutes for it to simmer, it will still be good.  No worries about under-cooking it, either:  the beef is essentially cooked when it's browned.  The longer cooking changes the texture of the chili (it'll be--how shall I say it?--smoother, more amalgamated) and allows the flavors to come together more.

So here goes.  My friends from Texas need not read on.

1 large onion, chopped
3 or 4 cloves of garlic, chopped
2 - 3 tablespoons vegetable oil--enough to coat the bottom of the pot lightly
2 lbs. 80% lean ground beef
1 14-oz. can diced tomatoes, with their juice (don’t drain the tomatoes), plus one can of water
1 6-oz. can tomato paste
3 tablespoons chili powder
1 teaspoon ground cumin
1 teaspoon ground coriander
1 tablespoon smoked paprika (you can use regular paprika if you like, but smoked adds an interesting depth of flavor)
1and ½ tablespoons ground Mexican oregano (if you only have Greek or anonymous oregano, it won’t be the end of the world)
½ teaspoon ground cayenne pepper (more or less to taste)
1 or 2 teaspoons salt (start with 1--you can always add more later)
generous grinding of fresh black pepper
optional:  2 15-oz. cans kidney beans, drained

1.  In a dutch oven or large saucepan, sweat the onions in the oil over medium heat.  Then add the garlic and cook briefly (do not let the garlic brown, or it will become bitter).

2.  Add the ground beef, breaking it up with a fork, and cook until it looses its raw, red color.

3.  Add the spices and cook briefly.

To cook on top of the stove:  bring to the boil, then reduce to simmer and cook for approximately 2 hours.  Stir occasionally, and add a little water if the chili seems to get too dry.

To cook in a crock pot:  place everything in the crock pot, set the heat to low, and cook for 6 hours or more.  Stir occasionally, and add a little water if the chili seems to get too dry.

Taste and add more salt if needed before serving.

Optional:  In the last half-hour of cooking, you may add 2 15-oz. cans of kidney beans, drained.


This will serve four hungry people.  My college roommate liked to serve chili over rice--that can stretch it further if you like.

Make something hot:  we can all use a little warmth now and then.
Posted by David Schildkret at 12:31 AM 0 comments


When I taught at Salem College, I didn't always see eye to eye with the college president, Julianne Still Thrift.  But she once said something that I have never forgotten:  "Capitalism, unchecked, is prone to greed.  The role of government is to constrain that greed before it gets out of control."  I think she was right, and I think that could be the manifesto of the Occupy Wall Street (and a lot of other places) movement.

What the Wall-Streeters seem to get that the Tea-Baggers don't is that we need both government and business.  In a way, smaller government (especially when it concerns regulating businesses) means bigger business.  This is good for people who own businesses and get rich from them; it's not so good for the rest of us.  Not only has business grown, but personal wealth--at the top of the ladder--has grown by leaps and bounds.  At the bottom, things are pretty much stagnant.  That has been going on for the last thirty years--significantly, in my opinion, since about 1980, when Ronald Reagan was elected president.

I'm all for capitalism.  In a fair capitalist system, everyone has a chance to improve themselves.  What I'm against is stacking the deck.  In our present setup, where politicians are largely bought by corporations and rich people and where their information mostly comes from highly paid lobbyists, government is essentially in bed with the wealthiest segment of the population.  Everyone else has to fend for themselves, and they're generally not faring very well.

Banks are too big to fail and get bailouts in the billions.  Homeowners, on the other hand, have watched the value of their homes plummet in the last three years.  Something like a fifth of all mortgages are higher than the value of the home--and in some areas of the country, like Arizona where I live, the proportion is much higher.  For those homeowners, there doesn't seem to be a lot of help--not even from the banks that we so generously saved with our tax money.  President Obama has put a new program in place that is designed to address this, but even the White House acknowledges that at most it will help about a million homeowners.  That's a lot, but there are something like 11 million homeowners who owe more than their house is worth.  In other words, that program will benefit less than 10% of the people in trouble.

This is only one example.  There are signs everywhere that as government has gotten smaller and supposedly off our backs (I dunno--somehow they can still tell you who you can marry...), income has risen exponentially at the top and only glacially at the bottom.

The present gridlock in Congress, which renders solutions to even the most urgent problems impossible, is the ultimate outcome of this thinking.  We have reached a crisis point, I believe.  We can all agree that we're frustrated with government--it seems incapable of doing anything.  We may not agree about where the solutions lie.  There seem to me to be two choices:  you either shut government down altogether, which is apparently the ultimate goal of the Tea Party, or you fix it and make it more robust.  Personally, I prefer that we try to strengthen government.  The alternatives--unbridled greed from corporations and the wealthy (an oligarchy, in other words) or outright anarchy--don't seem very palatable to me.

To demand stronger government and true democracy should be the mission of the Occupy Wall Streeters. They are standing, scrappily and disjointedly, for a kind of justice, a restoration of a moral barometer that reminds us that we are all responsible for one another.  We can't just take as much as we can grab and leave everyone else the scraps.  We shouldn't do it in the world as a whole, and we shouldn't do it inside our country.

So I emphatically disagree with Ronald Reagan and with his fundamental philosophy that has brought us to this pass.  Indeed, I believe that the only solution to our present problems is to restore a strong democracy by wresting it from the clutches of the wealthiest and greediest members of our society.  Only then will have both government and an economy that work--for everyone.
Posted by David Schildkret at 1:42 AM 0 comments 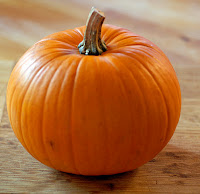 Blog?  Did somebody mention a blog?  Sheesh.  I haven't been very conscientious lately.

Elizabeth was in town this weekend, and she's on a bit of a pumpkin kick.  Since she arrived the day after her birthday, I decided to bake a pumpkin cake.  It was a layer cake with pumpkin pastry cream between the layers and a cream cheese frosting, and it tasted good!  I have some kinks to work out:  when I do, I'll post the recipe.

Meanwhile (because you need something to read, obviously), Arizona State University president Michael Crow has published this very eloquent defense of the liberal arts in Slate Magazine.  To the governor of Florida I would make this observation:  it seems to me that the idea of deciding how many of each occupation was needed and training the population accordingly has been tried before--by the Soviet Union and Maoist China.  Last time I looked, those were, um, communist countries.
Posted by David Schildkret at 10:51 AM 0 comments