Gilding the Lily (or, pick up my poopy) 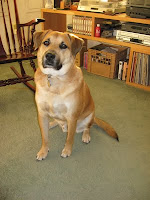 I'm just about to head out to walk the dog.  He likes his walk.  Indeed, he lives for it.  He gets antsy for hours before he thinks it's time for it and generally pesters me until I relent.

Like a good citizen, I will pick up after him.  The local homeowner's association even provides bags for the purpose, which is very kind of them.  Yet (as you can imagine) I have a beef.  The bags are labeled "Poopy Pouch Doggy Poo Bags."  The company promotes them by saying, "Dogs love our POOPY POUCH DOGGY POO BAGS, almost as much as their owners do."  (The extra comma before "almost" is their fault, not mine.)  Visit their website if you'd like to see for yourself.

But it's not the minor punctuation error that bugs me.  (It probably won't surprise you to learn that I am a punctuation fanatic.)  It's the euphemisms.  First, Buddy is not a "doggy."  He weighs 65 pounds, he has a low center of gravity, and he packs the punch of a linebacker.  He's good-hearted, but he will knock you to the floor with his enthusiasm if you let him.  Basically, when Buddy comes at you, it's like someone caught you in the solar plexus with a medicine ball traveling about 95 miles an hour.  You won't know what hit you.

And Buddy doesn't leave "doggy poo" behind.  It's nothing that dainty; after all, he's a 65-pound dog.  What he does leave barely fits in the bag, but I'll be polite and not give it the obvious name.  You can supply it for yourself.  Calling the thing you put it in a "poopy pouch" is the last straw. 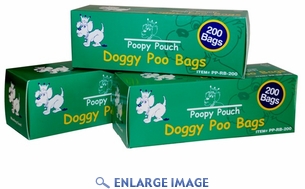 All this cuteness sends me into a diabetic coma.  Is it somehow supposed to make me feel better about an unpleasant and annoying task?  It has the opposite effect on me, just because of the overdone cute factor.  Why call the bag anything?  Why not just put a sign on the dispenser that says, "We appreciate it when you pick up after your dog."  Period.  No dainty, cuddly labels.  No pictures of paw prints on the bag, no cartoon dogs, no diminutives, just get to the point.

It's bad enough that I have to pick up after the dog--after all, who owns who here?  I think it was George Carlin who noted that if a Martian landed, he'd figure the dog was the leader:  after all, who's carrying whose leavings in a bag?  Surely the one in charge doesn't do that.  So I do my duty as a civic-minded person and clean up, but I don't like doing it, and I don't want somebody to try to jolly me up about it.

While I'm griping about things to do with dogs, let me mention that I didn't sire Buddy and don't wish to be referred to as his father.  Nor is he my child, to the great relief, I'm sure, of my actual children.  So don't call me his daddy or refer to him as my baby.  Ugh.  Do I like Buddy?  Well, I'll answer the way Golde does in Fiddler on the Roof:  I feed him, I walk him, I pick up after him, and I put up with his antics.  If that's not love, what is?  But I don't confuse that with parenthood, just like I don't need somebody to put dainty decorations on the bags I use to pick up after him.